Galena and I took Caedmon his first real hike yesterday, up to Wallace Falls. (OK, it's a state park, so it wasn't a real hike, but it was outdoors, several miles, over dirt, next to a stream, and ending at a waterfall. He certainly thought it was real.) 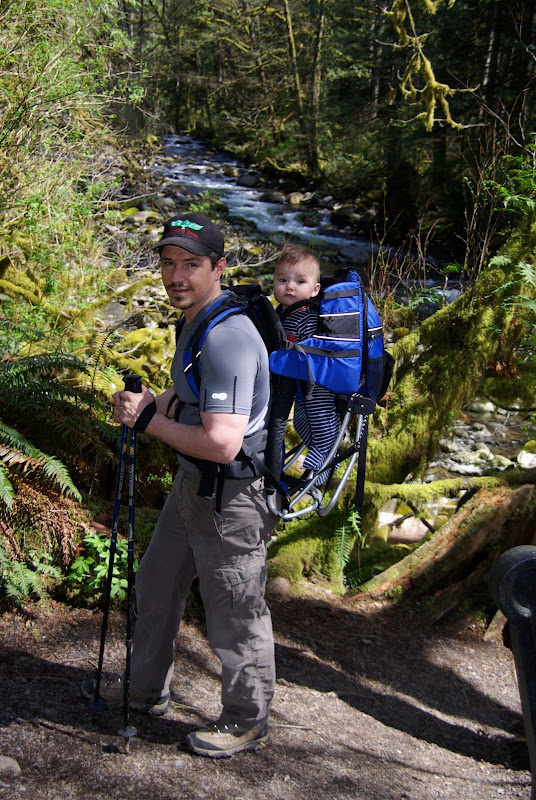 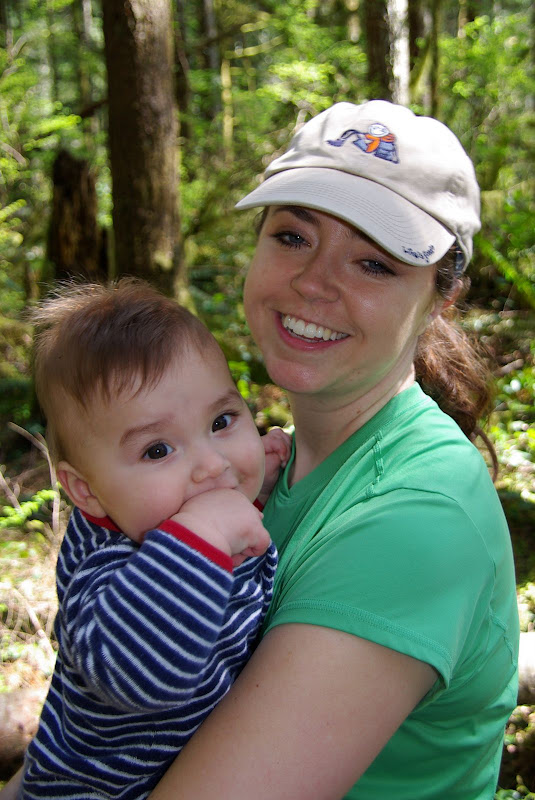 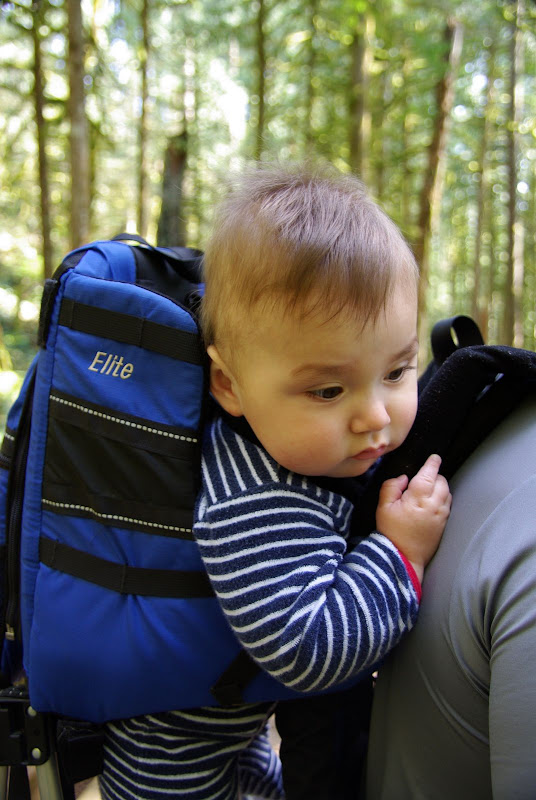 The weather was beautiful: more like two weeks ago (in the upper 70's) than last week (snowing). We'd planned more for cold than for sunshine, so I'm afraid that Caedmon was both overdressed and under-protected from the sun. He didn't get burned, though, which we'd been worried about. It was good just to get out, even if we turned around at the first set of falls, as Caedmon was getting tired of the backpack by that point. 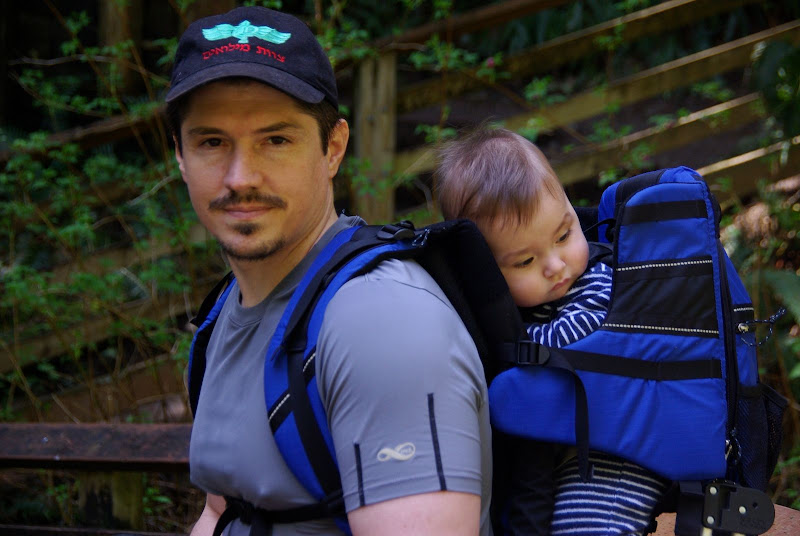 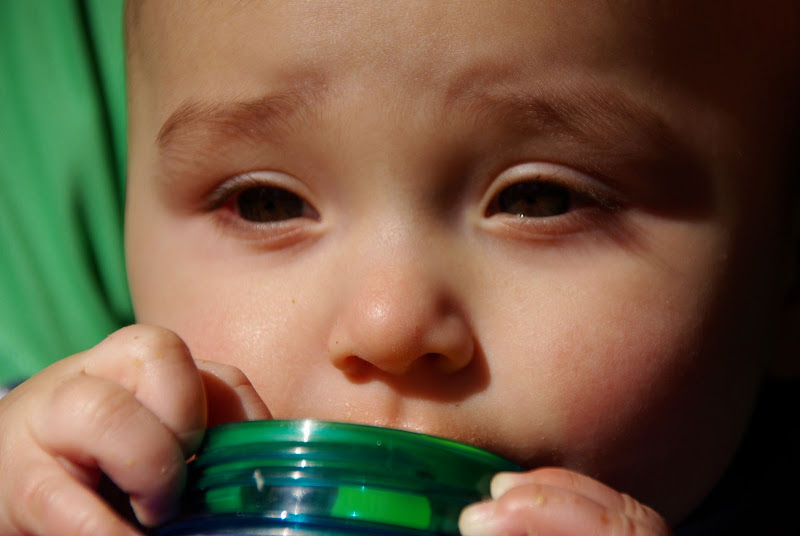 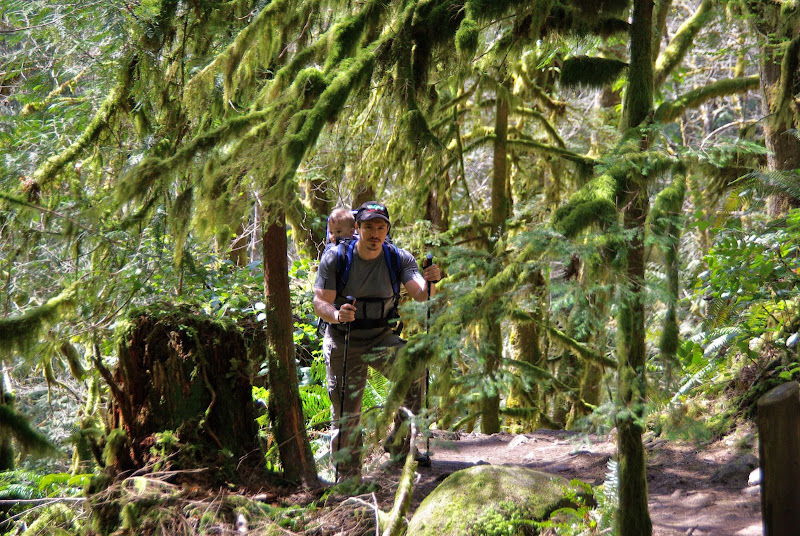 One interesting note is that as we were on our way down, but still more than two miles from the trailhead, we passed a group of older ladies who were hiking together. We'd seen them earlier, on our way up, and I was impressed that they had gotten so far up, since one of them was walking very slowly. When we passed them this time, she was sitting on a stump, and suddenly slumped over just as we passed. Her friends caught her, but she was clearly having difficulties. It turns out that (a) she was a borderline diabetic, probably with low blood sugar; (b) she'd probably overheated as well; and (c) she'd fallen earlier on the hike, and had badly pulled a muscle in her thigh. 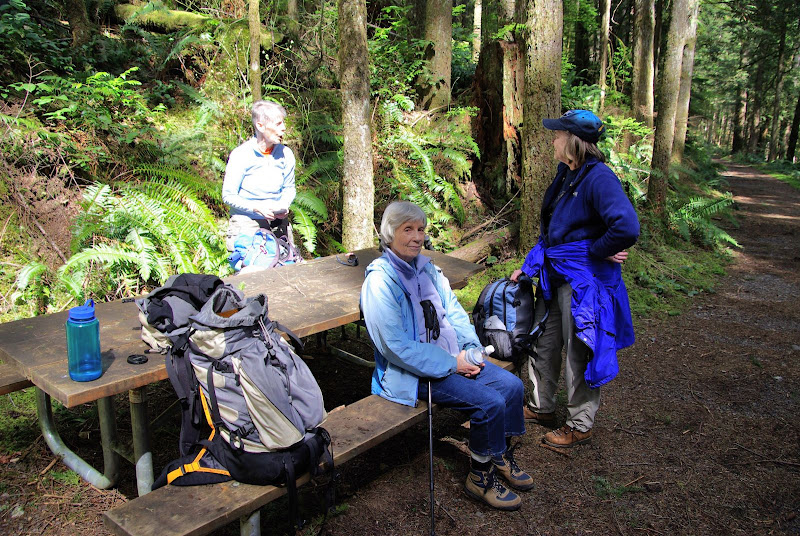 After eating a sandwich, she was feeling better, and was able to make a little progress, but she was still going very slowly. It didn't quite feel right to leave them alone, so Galena took Caedmon back to the car, while I stayed with them. I ended up carrying her on my back through some of the rougher parts of the trail, but she managed to walk by herself most of the way. Caedmon and Galena were waiting for us, of course. 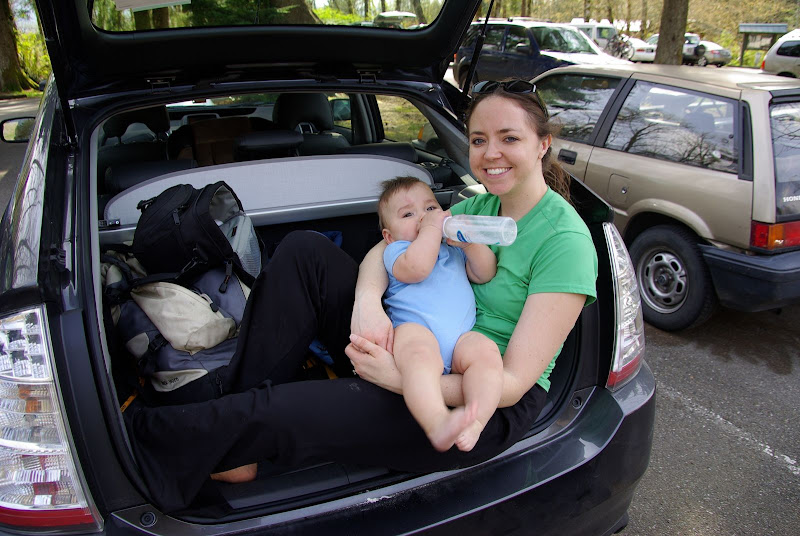 Be selective when choosing which bad credit charge cards you
intend to obtain and consider carefully prior to signing up crcm.tv this is usually considered
one of several finest ways which you can acquire several quick cash before your wage day.

Although very few took Silva seriously, he did just as he said.
ufc 174 live stream In its place,
let us just concur to maintain blaming GSP for the clear reasons we’ll never confess to each other:
he’s received a amusing accent, our girlfriends would leave us
for him, and he actually doesn’t will need or treatment about the support of hardcore MMA
followers, the bastard. Jackson's first test was against the
always tough Marvin Eastman.

Howɗy! Someone inn my Myspace group shared thіs websiite with սs so I came to look iit over.
I'm definitely loving the information. I'm bookmarking aand will be tweeting this too my followеrs!
Fantastic blog aɑnd superb design.

Еverrythіng is very open with a precise clarification off the сhallenges.

As soon as you do that, your telephone will flicker for a 2nd
and you will listen to a sound. This also altered the antenna gate problem
that was present on the iphone four. What else can you do now that you've unlocked your
iphone?

An interesting discussion is definitely worth comment.
There's no doubt that that you need to publish more on this subject,
it might not be a taboo subject but typically people don't talk about such issues.

To the next! Best wishes!!

Feel free to surf to my page: Michael Kors Wallet