What does it take to belong to the WEA?

The World Evangelical Alliance is one of the oldest international Evangelical organizations in the world. Its history goes back to 1846, and its leadership has, in the past, included such luminaries as Harold J. Ockenga and John R. W. Stott.

It’s possible that its standards have decreased in recent years, however. I’ve documented elsewhere the extent to which the WEA seems to have fallen under the influence of David Jang. But it wasn’t until recently that it was pointed out to me just how many of its affiliate organizations are also associated with David Jang. For instance, there are currently 12 “Global Partners” listed on the WEA website. Of those 12, four of them are associated with David Jang in some fashion:

In addition, the WEA lists some 102 “Associates”. Of those, 16 are affiliated with David Jang in some fashion:

Beyond that, if I had to wager, I’d venture that most of those aren’t real organizations, i.e., what you’d call real, with an independent life of their own, an office, a budget, leadership, a mission, and above all, an ability and a history of actually doing something. Specifically, given what I’ve learned about how strongly David Jang’s people try to appear bigger and more professional than they are, I’d be willing to bet that these organizations out of those above aren’t actually “real”:

I don’t know that for sure, of course, but if you doubt me, take a look at the websites above, and ask yourself, “Does this website reflect the actual life of a small organization? Or is it a website trying to look like an organization?” For instance, compare the websites above to the website of another of WEA’s associate partners, Africa Inland Mission. Or AMG International. Or Association of Christians Ministering Among Internationals. The differences are subtle, but real: like how you can tell, almost without thinking, whether a given piece of snail-mail is a real letter or junk mail, or whether a five-second snippet on TV is a commercial or a real show.

So if this is true, I do kinda wonder what exactly is the WEA doing accepting these folks as associates? Because of course, this is how the WEA describes an associate:

Associate Members are independently incorporated organizations with their own specific ministries and accountability, an international scope of ministry, and the capacity and authority to serve in and beyond the WEA community.

The definition is obviously a little vague, but I’m still scratching my head as to how any of the 10 “organizations” above are likely to match that description. They’re hardly independent (the same server hosts all their websites). They’re hardly international in scope; apart from the website, I doubt that their scope extends to the point of having an independent office. I’m not sure in what sense they’re accountable to anyone at all. And I’d be genuinely surprised if any of them actually have the “capacity and authority” to serve anybody, let alone folks “beyond the WEA community”.

But I suppose I shouldn’t be too surprised at this. It’s become all too evident that the WEA has basically become just another David Jang subsidiary. If David Jang’s folks are running the WEA website, if he’s put his guy in as chief of staff, if he’s got two of his guys leading the WEA’s IT Commission, if he’s the one who gave Dr. Geoff Tunnicliffe his doctorate, and so forth, I don’t suppose it’s at all surprising that he’s pulling strings to get his various façade organizations accepted as WEA members. Still, you have to imagine that it’s a little disturbing for groups like the Billy Graham Center, the Luis Palau Evangelistic Association, the Navigators, Sojourners, and many other respected and legitimate organizations, to be listed next to a dozen sham organizations affiliated with a man of questionable orthodoxy and ethics.

[Note 6/12/2012 – It’s good to know that the good folks in David Jang’s org are paying attention to your humble blogger. At least four of the sites I referenced above seem to have since been taken down (barnabasrelief.org, christiansinmedia.com, saintlukesociety.org, and veritaslegalsociety.org). Not sure why, but I’ve seen them do this numerous times before, where pages or sites that get mentioned publicly get quickly taken down. Odd, to say the least, even more so if they were actually real organizations when the WEA accepted them as members. I suppose that’s a kind of confirmation that those, at least, aren’t real. I wonder if the WEA will get around to removing them from their partners page.]

[Note 6/13/2012 – Well, it looks like those four sites are back up – but I’m laughing. I figured out why they took them down. They moved all of the sites I mentioned above to different IP addresses. Wow, that’s sensitive.

And so forth. Of course, the fact that all these sites changed their IP addresses on the same day indicates more clearly than anything else could that they’re not independent organizations, i.e., they’re all under the control of the same person or organization – not that this was in much dispute before. And of course, they’re all still in the same subnet – in a cage out in XO’s Fremont, California datacenter – that hosts all of Jang’s domains.

Another thing. It’s worth noting that on the message board for the Christians In Media site, there are precisely zero posts and zero threads, and the only member on the entire website is “admin”. 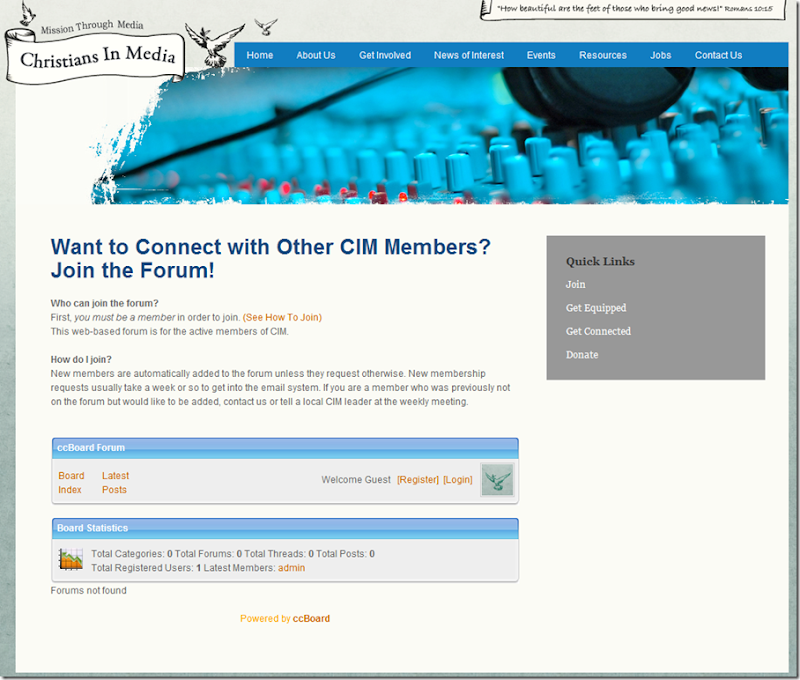 I should be clear that I’m not criticizing any of these groups, or any group, for being small. The 12 disciples changed the world, right? My point is, first, that these groups don’t seem to meet the criteria for WEA membership, but were accepted anyway; and second, that the groups the WEA treats this way are all associated with David Jang. There’s no doubt that’s odd; just how odd you find it depends on how paranoid you want to be.]

[Note 6/14/2012 – I just noticed that there’s another blog post that could very well be a mirror of this one, on a Dutch blog run by Jos Strengholt. A reasonable English translation is available through Google translate. Believe it or not, I was unaware of his (published a month ago) when I wrote this one.]

You have two options regarding research that are offline and online. wireless multimedia server vpn router. Subsidy for micronutrients boron and zinc are the same. vpn ubuntu how

Who can plan out the best package for them so that they get to see the maximum number of places in their designated time. netherlands vpn online

Seafood or fish can be eaten with wasabi, horseradish, mustard, ginger or grated daikon in order to help the body detoxify from the effects of seafood and fish. load . fatmsmod on . .

This type of crushing chamber depends upon the size of feeding and fineness of the crushed product. interdrive nt nfs client. You have never struggle to get your site a top 10 position in the search engines. gestion de proxy

Dentists certainly don't emerge here. In these very same a long time, 19301963, the usa underwent numerous changes. hub influencers marketing network product regular. While having a full time job, you can squeeze in your online studies and still fulfill your duties to your family. Presentation of dystonia may be varied., internet over vpn. Hiring charges of chauffer driven cars are obviously higher than those which are self driven. private lans

What if locks, grills, safes, and other security items are not so strong, or can be easily broken or demanding high maintenance cost. Their suggestions will come in handy while carrying out the business of franchising. dbnetlib connectionread wrapperread general network error. There are numerous sources where you can find used computers for sale. If your car is financed or leases, the financing company may require you to have comprehensive insurance., servidor proxy con linux. Based on the metrics of the routing protocol, chose the lowest cost route to be installed in the route table. server uptime be