[My grandmother Ruth Boorman – the last of my grandparents – died on February 2, at the age of 95. I read this at her funeral yesterday.]

In 1928, a little girl by the name of Ruth Elizabeth Reed had reached the advanced and distinguished age of 10. She lived with her parents and siblings on the family farm in the small town of Elliott, Iowa, near the cousins and friends she loved. Her favorite possession was a wide-brimmed hat with an entirely superfluous and beautiful yellow ribbon. 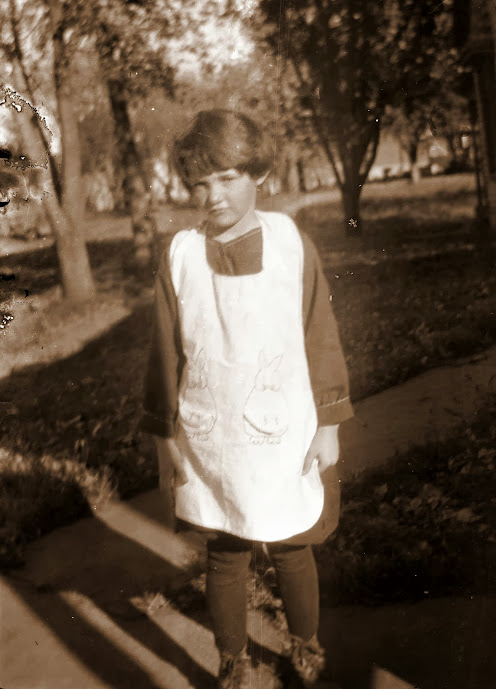 One Sunday afternoon in August, after a hot and breathless day, Ruth’s father was about to begin his evening chores, but something in the sky caught his attention. He watched closely for a few moments, then turned and ordered his family into the root cellar. The tornado arrived only minutes later. Ruth was left gasping for breath as the pressure differential sucked the air out of the cellar, all the while watching her dad brace himself with everything he had against the door. When the chaos and terror subsided, and her family finally emerged, it was to scenes of devastation. Their house had been shifted off its foundation, the barn was gone, and the outbuildings had been destroyed. A newspaper account said that three of their neighbors were killed, and scores wounded. They found little Ruth’s wide-brimmed hat with the yellow ribbon in a nearby tree, damaged beyond repair.

When my Grandma told this story years later, she was typically self-deprecating. The loss of the farm meant hard times for her parents, she knew, especially on the eve of the Great Depression. But, she said, “I was just a little girl, and to me it was all a great adventure.” 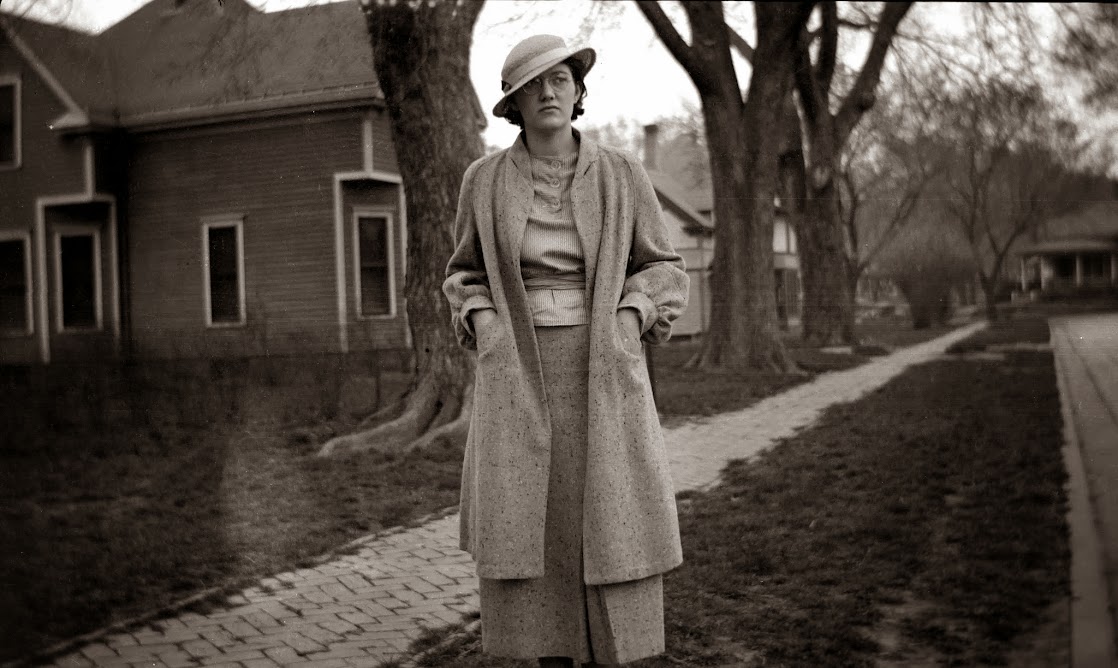 In many ways, those two poles represent her life. It was marked throughout by hard times. But the times were never so hard that they stopped being an adventure. The tornado that forced her father off his farm and into odd jobs and manual labor meant that she got to play with new friends in the town park. Her family eventually moved across the country from Iowa to Oregon, but along the way there were cute boys on the train she could flirt with. She was the new girl in Henley, Oregon, but of course that meant new classes, community dances, and a new and remarkably persistent suitor. Five children meant struggling to put food on the table, but also a full and lively house, and fodder for later stories. They lived in a tar paper shack in Tionesta, but with a family and as members of a community that looked out for each other. When her husband’s pumice business went under, it was followed by a move to Ashland, a new church, a new house, and a chance to start over. A retirement to a tiny mobile home in a Grants Pass trailer park meant entertaining grandchildren and getting her husband out of the house so he could hunt and fish to his heart’s delight. Her final move to assisted living in Longview meant a smaller apartment, a loss of independence, a smaller world; but also, a new audience for her stories, a well-earned opportunity to rest, and the chance, for a change, to let someone else care for her. 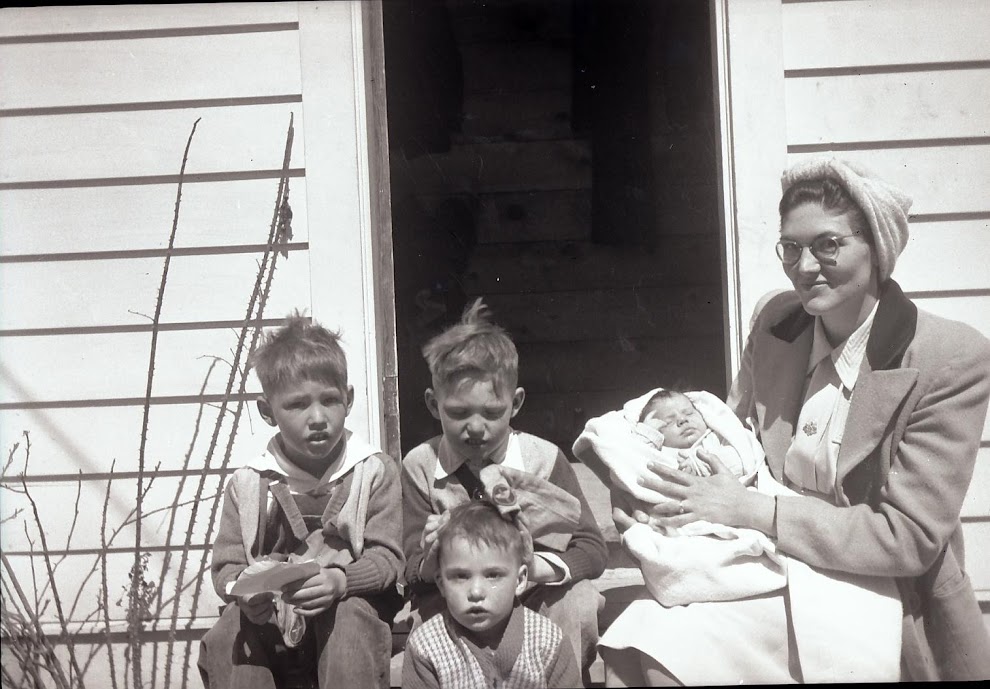 My Grandma Ruth was a tall and proud woman. She and Clarence never had much money, but they were responsible with what they did have, and they raised their children in a tradition of thrift and discipline and honesty. In the early 1950’s, with five children and a failing business, things were especially tight. Grandma once told me about walking through the general store in Tionesta, down to her last few dollars, trying to find something to feed her family, something she could afford. The store owner figured out what was going on, and walked over to the aisle where she was standing. “Ruth,” he said gently, “I want you to put this on credit. It will be all right.” Before she left, he gave her a large box of Roman Meal cereal samples, and that was her family’s breakfast for the winter. Later, when the simplest course would have been to declare bankruptcy and walk away from their debts, she and my grandfather declined the easy way out, and over the next 10 years paid back every creditor in full. 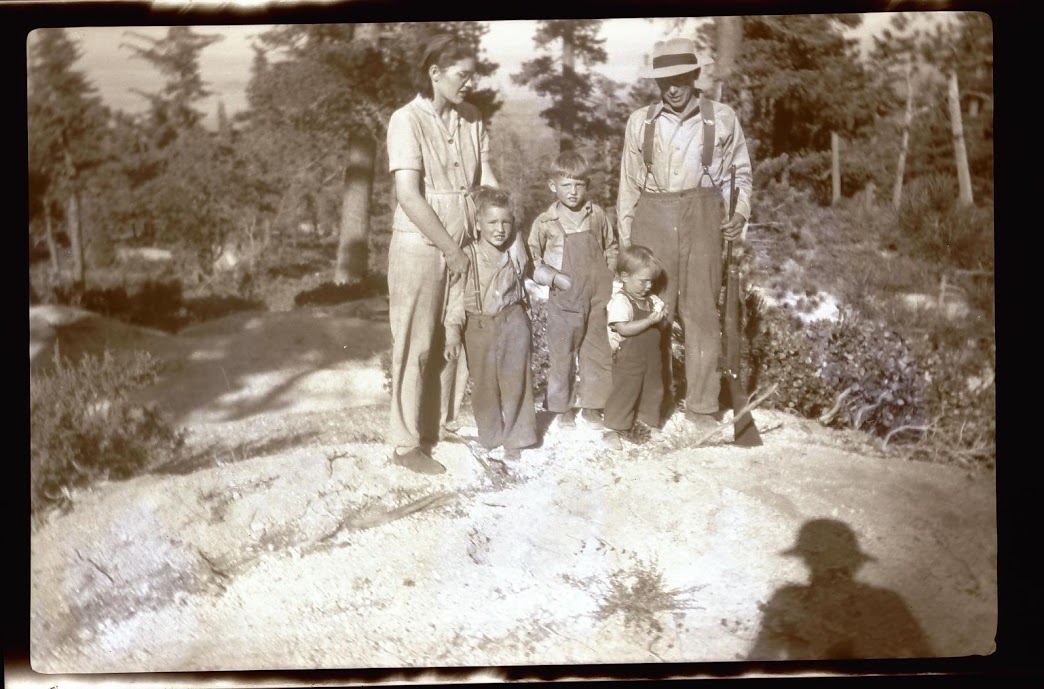 My Grandmother was not a great cook; it was not a skill she could have put to any use. Her raw ingredients were venison and cans of green beans and sometimes a mess of trout or a wild goose. It was rare for anything fancier than a casserole to emerge from her kitchen. 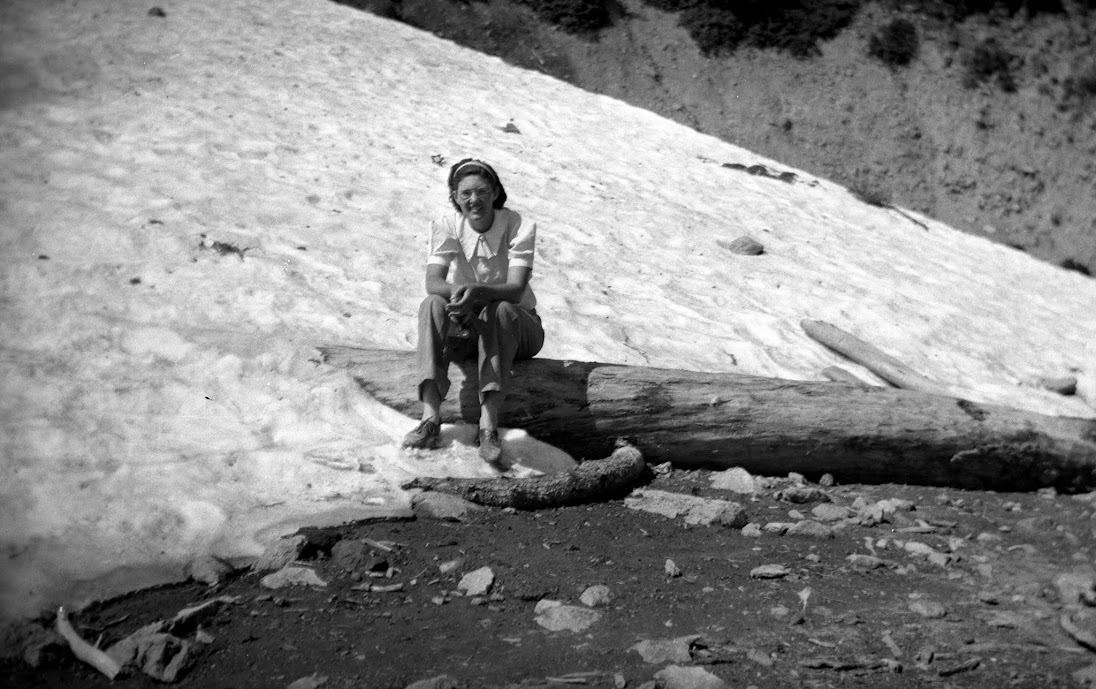 She could be stern sometimes, but she was never harsh. My brother Keith tells me that he never once heard her speak critically of anyone. She loved her children, and grandchildren, and great-great-grandchildren. But her temper was not particularly warm, and she did not gush over them or jump at the chance to spoil them. The present she gave me for my sixth birthday was typical: a simple King James Bible. The only hint of ostentation was my name inscribed in gold letters on its forest green cover. It was always on the pew next to me as a child, and is still on my bookshelf at home.

But the gift of a Bible was typical for other reasons besides simplicity. She was a great reader, and my own love of books can be traced at least partly to her influence. She opened up her bookshelf to me, and over the years, I made my way through every one of her large collection of Agatha Christie novels. The Bible was also appropriate because she was a believer, and the matriarch of an extended tribe of believers. She never wore her faith on her sleeve - she was a good Baptist, even if she eventually forgave her daughter for marrying a Pentecostal - but she loved her savior, and she brought her children up in the training and admonition of the Lord. In the many pictures she left behind, it is not difficult to tell which ones were taken on a Sunday, because everyone is dressed for church. 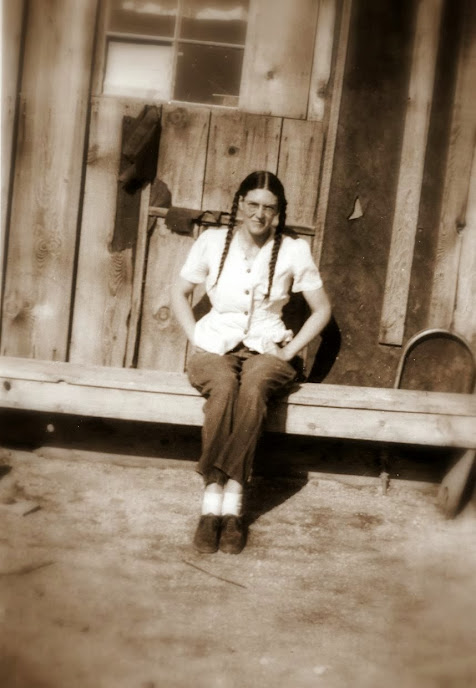 Just yesterday, I found some brief notes she left behind in a book I had given her some years ago. In these notes, she was clearly thinking of her own life when she wrote:

[The people of my generation] were for the most part able to live responsible, respectable lives. Caring for their loved ones, serving where needed with their communities, holding down the fort as it were. Decent people that we never hear of - and they like it that way.

That was my Grandma. Never flashy, often stubborn, determined to be good, but equally determined not to make a fuss over it. She loved us, and cared for us, and we loved her. We will miss her. 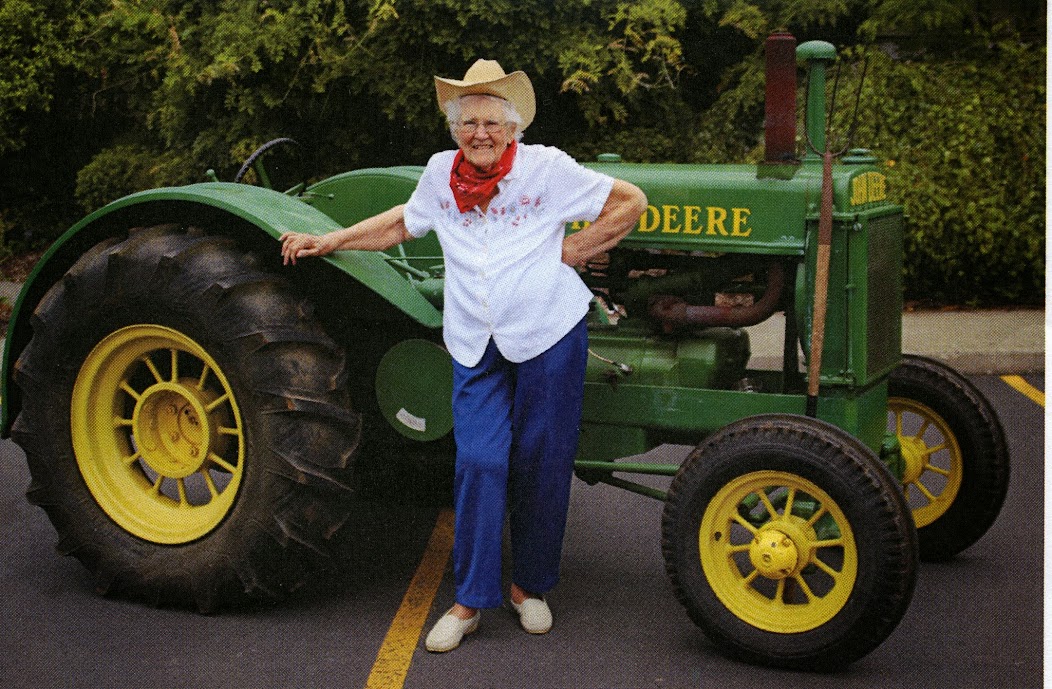